A spokesperson of the Real Estate Regulatory Authority (RERA) Himachal Pradesh said here today that RERA has imposed a penalty amounting to Rs. 25 lakh to New Town Baddi developed by Gupta Property Developers Private Limited, Baddi, District Solan for failing to meet their obligations and to provide basic common facilities to allottees as required under the sanctioned plans.

Deciding the complaints, the Real Estate Regulatory Authority, H.P. Shimla ordered to refund an amount of rupees nine lakhs eight thousand nine hundred and eighty to Sandeep Kumar and Rs. 11 lakh 28 thousand to Adit Kansal along with interest at the SBI highest marginal cost of lending rate plus 2 percent. The respondent promoter was directed to obtain all the NOCs to ensure that all the allottees are in a position to get individual domestic electricity connection within the next three months.

The Authority during the course of hearing of the part arguments in both the cases felt that in addition to the specific points raised by both the complainants, there are other issues of common areas and civic facilities which are needed to be looked into. Authority carried out a site inspection and observed that the respondent promoter has collected money from the poor home buyers but has failed to provide the common facilities, as required under the sanctioned plans.

The respondent has collected huge money from the low-income group allottees but has not completed the common facilities and services and whatever little has been provided is of very poor quality. Even the lifts provided in the residential buildings were not fully functional. The green areas have not been developed, as per the sanctioned plan.

The Authority imposed a penalty amounting to Rs. Twenty-five Lakhs under Section 61, 69 read with Section 38 of the Real Estate (Regulation and Development) Act, 2016 on the respondent promoter for failing to meet their obligations The respondent promoter was further directed to complete all the common facilities and services within the next three months including but not limited to completion of the provision of all green areas as per approved drawings, provision of the main gate at a suitable location in consultation with the allottees to prevent any unauthorized entry of anyone in the complex and to prevent the menace of stray animals and suitable arrangement to maintain the cleanliness and hygiene of the entire complex including residential as well as commercial blocks, internal and external painting of all blocks and common areas in the complex.

Functioning/ operation of all lifts in all blocks, completion of the clubhouse with all facilities, improvement of the sewage treatment plant and construction of rainwater harvesting tank as well including the required plumbing system to use the said collected rainwater for the watering, irrigation of landscaped, green areas and removal of the makeshift office from the parking area immediately after the completion of all above-cited works. If he is unable to complete these facilities within the next three months to the satisfaction of the competent officer under the TCP Act, then the penalty will be enhanced to Rs. fifty lakhs.

On behalf of the respondent company, Subhash Gupta was directed to upload an affidavit on the RERA website that his company has not filed income tax returns for the year, 2017-18, 2018-19 and 2019-20.  Once the affidavit is uploaded, the Authority assures to grant the RERA registration expeditiously in the interest of allottees. The respondent was directed to obtain the completion and the occupancy certificates for the whole project within three months from the RERA registration. After that, he should ensure registration of conveyance deed in favour of all the allottees within subsequent two months.

Thus, the respondent promoter company as well as all its Directors were directed to ensure registration of conveyance deeds in favor of all such allottees that have paid full amount, within five months from the issue of this order. If the respondent fails to complete this task, he will be liable to pay a penalty of Rs. Fifty-Five lakhs. It was further ordered that the respondent is barred from selling/ allotting/ booking any flats/ shop etc in the present project, till the compliance of this order. Further, no withdrawals from the bank accounts of the respondent pertaining to this project shall be made, till payment as ordered is made to the complainant and penalty in the account of the Authority. Further, there shall not be any sort of alienation of any movable or immovable assets of the project till the time the amount along with interest is refunded to the complainant and penalty amount deposited in the account of the Authority. 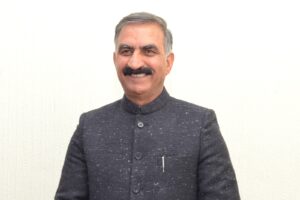