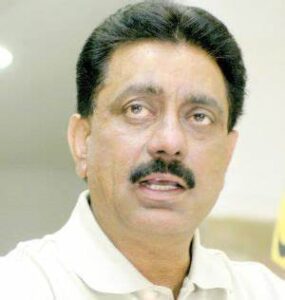 Himachal Pradesh Congress Committee today demanded to quash the HRTC conductor examination recruitment after the leaking of question papers in the social media during the time of examination.

Lashing out at the ruling BJP Government Himachal Pradesh Congress Committee President Kuldeep Singh Rathore and party Vice president Rajinder Singh Rana during a press conference said that the state Government could not rid of the frequent Scams in conductors, Patwari, and Police recruitments.

They alleged PPE kits and Sanitizer scams were happening under this government during the medical emergency of Corona.

Terming the leaking of HRTC conductor examination of question paper on Sunday in the social media another bad joke Congress leaders said that the Government should order to cancel the examination and bear the examination fee, fares, and convenience of candidates who have suffered due to the negligence.

“Unemployed youth seeking jobs and the state government could not handle the examination; speak about the negligence of the government,” said Rathore.  He further said that Congress is opposing the Government’s failure to deal with the issue of employment from the street to Rajbhavan as they would not allow the government to play with the youths’ career.