Delhi, Nov 27 – “India has done exemplary work in the space of renewable energy and running the largest energy access expansion plan. We have connected every household, connected whole country into one integrated grid and we are the only G20 nation which has been able to keep the temperatures within 2 degree by its actions” said R.K.Singh, Minister, of Power, New and Renewable Energy and Skills, Government of India, while speaking at the Chief Ministers’ Plenary Session at the 3rd Global RE-INVEST on the virtual platform today.“RE is becoming cheaper in India and I would like to congratulate all CMs for the great work but the work is just beginning and we will need to collaborate to achieve our targets. We need to continue working towards enhancing renewable energy in power production” added Singh. R K Singh also informed that India has attracted $ 64 Billion Foreign investment in Indian Renewable Industry in last 4 years. He added that  India has emerged one of the most  attractive investment destination in the world with all major Pension Funds have invested here.

Highlighting the achievements Jai Ram Thakur, Chief Minister, Himachal Pradesh said “Himachal Pradesh is a small state, but we are making all efforts to harness our RE potential. Our target is to achieve 24k MW of RE. So far, we produce 10K MW of Hydro Power and plan to double these numbers in the next decade”.

Vijay Rupani, Chief Minister, Gujarat, said that Gujarat has been a pioneer in the space of renewable energy and in the last 3 years, the capacity of RE has increased considerably despite challenges. “We found solutions by involving people & appropriate partners and companies creating a win-win situation for RE”, said Rupani. He further added that Gujarat has given subsidies to 55000 people to install solar panels and have a vision of achieving 5000 MW solar and bringing solar energy in agriculture. We are keen to take forward the Govt of India’s OSOWOG vision forward.

Echoing the thoughts,  Ashok Gehlot, Chief Minister said “Rajasthan is the 2nd largest state in terms of investments in solar energy projects. When we started 20 years ago, cost of RE was Rs 16 and now it is Rs 2 per unit. This is sure to reduce further. It is our duty to work towards renewable energy and climate change”. He further added the incesntives that have been extended to the investors in terms of reduction in stamp duty, easy availability of land, 10 years’ electricity charge free, 90% subsidy is GST etc. Gehlot added “Rajasthan has 125,000 acres of desert land across cities which have been utilised in Jodhpur and Bikaner for large mega scale solar projects”.

Shivraj Singh Chouhan, Chief Minister, Madhya Pradesh said that India is an ideal country for renewable energy. “With Madhya Pradesh being a centrally located state, it has a lot of possibilities & can supply RE power to neighbouring states if needed. About 37k circuit transmission lines and service stations are being set up in the state”, he added.  Madhya Pradesh is planning a 15,000 MW solar project, the cost of which is Rs 5000 crores. Besides starting work on power transmission, we have also started survey work for some other innovative RE projects, like floating solar etc. in the state. He announced that “Aatmanirbhar Madhya Pradesh’ plan is being developed and RE will play an important role”.

Yogi Adityanath, Chief Minister, Uttar Pradesh informed producers have plans to set up 12000 MW of solar energy parks in UP. Two plants of 600 MW each will be set up in Jhansi. These will be commissioned soon. He also added “KUSUM scheme for farmers is an ambitious program and UP has made plans to implement this programme in the state”. Sharing the investor friendly policies, he said that policy provides open-access & online single-window entry for projects & parks. “By 2022 we plan to increase our solar energy capacity by 10,700 MW out of this 6000 MW will be for utilities & 4000MW for rooftop solar”.

Speaking about the renewable energy potential of the newly formed Union territoty of Ladakh, Radha Krishna Mathur, Lieutenant Governor, Ladakh said ‘Ladakh has been envisioned to become a carbon neutral Union Territory and renewable energy will play an important role in this regard. In the various assessments done Ladkah has a potential of 30GW of solar, 5GW of wind, 2GW of hydro and 300MW of geo thermal, as a beginning, a 10,000MW project in the first phase and to support it a strong transmission infrastructure is also being planned”.

Chandrajit Banerjee, Director General, Confederation of Indian Industry in his remarks said that “it is important to concentrate on three main points: first how we can work as a country, across states and Centre, unifying our efforts to energise our people; second how we can do so in an affordable way which is also accessible to the million and billions of our countrymen and finally how India can lead with technology to leap frog the cycle and establish Itself as a global leader”.

During inaugural Prime Minister of India reminded the audience that the announcements by India in the past editions of RE-INVEST were becoming a reality.  He spoke about the efforts to provide access to energy to all citizens of India.  India’s RE capacity is 4th largest and is growing the fastest among all major economies of the world. By 2022 share of RE will expand to 220 GW.  In the last six years we increased our installed RE capacity by two and half times and solar capacity by thirteen times.  This is an outcome of commitment to fight climate change.  India is among the very few countries whose achievement are 2 degree compliant.  India’s approach is that of Access, Efficiency and Evolution.  He spoke about the PM-KUSUM scheme in which solar power is being used to power irrigation pumps.  In the next six years India wants to become a global manufacturing hub.  He listed several reasons why investment should come into India.  He announced that India will launch a comprehensive Hydrogen Energy Mission.  He talked about dedicated Project Development Cells and Foreign Direct Investment Cells in each Ministry to facilitate investment into the country.

The Prime Minister of Israel appreciated the leadership of Prime Minister of India, Narendra Modi, particularly in the area of Renewable Energy.  He fondly recalled the visit of PM of India to Israel and his visit to India.  He said that we need a world with less carbon and greener sources of energy.  He further mentioned that Israel is a partner of India in this quest.  He informed that coal consumption in Israel will reach zero by 2025.  He said that the future belongs to those who innovate.

Prime Minister of the Netherlands remarked that India is a key global player.  He also said that the COVID pandemic provides and opportunity to build a greener world.  He also invited India to the Global Climate Adoption Summit to be held in the Netherlands was keen to work with India.

Secretary of State for Business, Energy and Industrial Strategy, Government of UK and COP 26 said that countries, investors and business can drive a renewable energy revolution that will improve lives, create jobs and spur green growth. He further stated that India is at the heart of this revolution to create affordable renewables and a key partner for the UK and their COP 26 presidency in tackling climate change.

Minister for Climate, Energy and Utilities, Denmark emphasised the importance of the India-Denmark Green Strategic partnership.  In this regard, he reminded the event of the words of Prime Minister of India that Denmark has the skills and India has the scale.

The Minister of New and Renewable Energy, R.K. Singh speaking at the event highlighted India’s achievement in transforming the energy sector in the last five years which includes transition from energy deficient to a energy surplus country, having the largest expansion of electricity to connect every hamlet, village and providing electricity connection to twenty eight million households in eighteen months. He stressed that the rate of growth of renewable energy in India is one of the highest in the world. He thanked the Prime Minister of India for his inspiring leadership which had enabled these achievements. 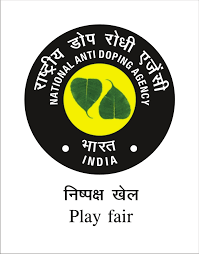 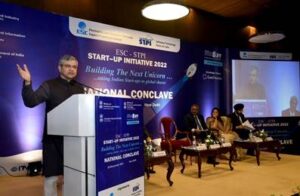 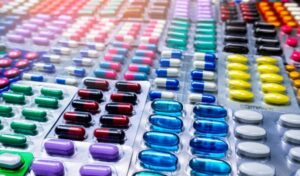