Delhi, Dec. 16 – Union Minister for Information and Broadcasting Prakash Javadekar today addressed the CII Big Picture Summit. In a message to the audience, the Minister complimented CII for organizing the Big Picture Summit. He added that “we are a country where growth of communication technology is phenomenal. This presents a tremendous scope for entertainment and media industry”. The Minister remarked “Animation, Visual Effects, Gaming and Comic (AVGC) is a sunrise sector and our experts are providing backend support to top filmmakers of the world”. He added that it was time that these professionals started doing more of this for our own films so that the use of animation and graphics in Indian films grows manifolds.

Javadekar announced that the Government is forming a Center of Excellence in cooperation with Indian Institute of Bombay where courses in AVGC will be provided. Moreover, he said, the Center will undertake initiatives to promote entrepreneurship and encourage start-ups in the sector.

Speaking on the occasion, Secretary, Ministry of I&B, Amit Khare opened his remarks by referring to amendment in Allocation of Business rules in November saying the idea behind the change, was to bring content at one place i.e. Min of I&B while keeping platforms at another place i.e. Min of Electronics and IT. Speaking on the role played by Min of I&B, Sh Khare said the role of Government in this sector is that of a facilitator. He remarked that the Ministry of I&B has the largest influence among all Ministries and that influence comes only through the private sector, adding that almost all the film making in the country was done by private sector, all the channels except Prasar Bharti were private and the OTT sector was entirely private.

Khare also said that the Media and Entertainment industry has grown and we must facilitate the industry. This pandemic, he said, has opened new avenues like educational technologies and Indian gaming which also have an export potential.

With the year 2022 being the 75th year of India’s independence, celebrations of which will take place within the country and outside, the Secretary invited the industry to help project India’s soft power through media and entertainment. Khare also cordially invited the participants of the Summit to 51st IFFI which will be celebrated in a hybrid mode.

CEO, Prasar Bharti, Shashi Shekhar Vempati speaking on the occasion, said various channels under the public broadcaster created content to generate mass awareness during the COVID pandemic. The efforts reflected in Doordarshan’s standing among the top social advertisers during the period. Through the airing of serials like Ramayan and Mahabharat, Doordarshan has highlighted that there is still an audience for wholesome family content. Vempati remarked that efforts like DD Free Dish are trendsetting initiatives across the world. On the same note, emerging technologies like 5G provide an opportunity to take broadcasting to smartphones and this opportunity is being tapped by startups in India. 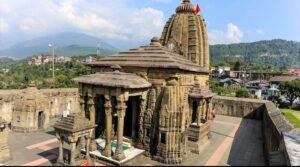 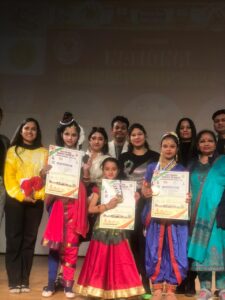