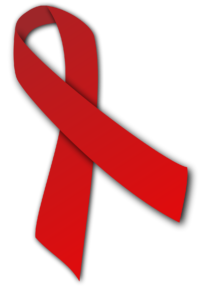 Himachal Pradesh Government is doing excellent work towards making the state a pioneer in health facilities, which has also been appreciated from time to time by the Government of India. In this progression, the state government is committed to working to eradicate AIDS from the state as a public health hazard by the year 2030 as per the target set by the Central Government.

The government has launched a decisive campaign against AIDS with the goal of three zero which includes zero infection, zero death and zero discrimination. To achieve the goal of making Himachal Pradesh an AIDS-free state, the state government’s landmark steps like Test & Treat and Mission Sampark proved very successful. In view of making the state AIDS-free, HIV testing is an important part of the program. The first step is to identify HIV positive people and link them to Anti Retro Viral therapy. To fulfill this objective, about three lakh HIV tests were being done every year in the state. Apart from 45 Integrated Testing and Counselling Centers (ICTCs) in the state, HIV testing facility is also being provided through two mobile ICTCs. To provide testing facilities to the residents at their door-steps, efforts are being made to provide testing facilities up to Health Sub-Center level.

Prevention from Parent To Child Transmission (PPTCT) programme is being implemented by the State government for eliminating HIV infection in children. Under the program, pregnant women are being tested for HIV and in case women are detected HIV positive then the procedure is adopted for the prevention of HIV transmission to her newborn child. Every year about one lakh pregnant women are being tested for HIV in the state.

The state government is also sensitive towards People Living with HIV and their dependents. The government has started the Financial Support Scheme of Rs. 1500/- per month for PLHIVs in year 2019. Under the scheme, Himachali’s taking ART in the state are being given the benefit of this scheme. In addition, a nutritional support scheme is being implemented for children living with HIV from 2018. Under the scheme, 100 grams of Oat / Multi-grain Biscuits are being provided to these children every day. Since the year 2019, the State Government has made provision of Rs. 20 lakhs annually for treatment and medicine for Persons Living with HIV having other diseases.

In addition to these schemes, financial assistance to orphans and children of AIDS Victims upto 18 years of age was being provided for education and other living requirements by State Government. The provision for providing Free Government Bus Pass to People Living with HIV for visiting ART Centres for treatment has also been made.

The government has launched vigorous awareness campaigns through radio, TV, newspapers, hoardings, folk media and other media including awareness activities during fairs and festivals for prevention of HIV / AIDS. Special awareness campaigns were also being conducted on the occasion of International and National Youth Days, World AIDS Day and International Women Day. Toll-free helpline number 1097 has been established at the national level for any kind of information and counseling on HIV / AIDS which can be called from any mobile or landline.

The Government of Himachal Pradesh is also doing excellent work in creating awareness through digital media like Facebook, Twitter and website. NACO AIDS app has been made available on Google Play Store with the aim of spreading important information related to HIV prevention and facilities amongst the youth.

State Government through various social protection schemes for Persons Livings with HIV and their dependents has shown its strong commitment to linking them to ART, mainstreaming them, and eradicating stigma and discrimination from society.

Himachal Pradesh has fewer cases of HIV as compared to other states, yet the state government has shown its determination to overcome HIV by HIV screening, Anti Retroviral Therapy, social protection schemes and awareness campaigns. With the efforts of the government and masses in general, eradication of AIDS is expected by the year 2030, and thus the goal of AIDS-free- healthy Himachal would be achieved.