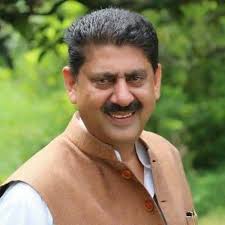 Forest, Youth Services and Sports Minister Rakesh Pathania will arrive in district Chamba on 18 October on a two-day stay. Giving information, the official spokesman said that according to the ongoing migration program, the Minister of Forests, Youth Services and Sports, Rakesh Pathania, will first attend the Bharatiya Janata Party Chamba’s Front and Cell’s Mandal Milan program on October 19.

Pathania will preside over the concluding program of Wildlife Week in the office of Chief Forest Aranyapal in the afternoon, after which he will lay the foundation stone of the indoor sports complex at Police Ground Bargah. The night stay of the Minister will be in Banikhet.