Delhi, Jan 20 – “There was a big opposition when OTT made its initial appearance citing that it will end theatrical releases and shut movie businesses. However, the traditional film industry, theatres and blockbuster movies will continue to stay despite OTT and TV channels being around. They only complement the entertainment business of cinema financially, making it more lucrative.  The viewership on OTT is ever increasing at a faster pace which is pegged at 20 per cent now.  OTT enables even average and small budget films, which would otherwise end up in cans, to gain viewership across the world. At the same time, creative people of the industry want their films to be watched in theatres.” This was observed by G P Vijayakumar, Film Producer and Distributor of Malayalam film industry.
He was expressing his views during a virtual ‘In Conversation’ session on ‘Changing Scenarios in Indian Film Production’ today (January 20, 2021), held as part of the 51st edition of International Film Festival of India, Goa.
OTT is here to stay, he says. “With the advent of COVID-19, OTT turned into the basic carrier of films for the producer to gain whatever revenue he could during the tough times.  On the other hand, the release and promotional costs too have mounted hugely over the years. With the satellite market picking up, the cost of production increased in the 90s, while multiplexes multiplied in numbers, all leading to the industry faring bad in 2010.”
Throwing light on changing film viewing preferences of audiences, he said: “The tastes and choices of movie goers have changed considerably, they are becoming more selective; people have started liking more from web series. The primary target among audience these days is the youngsters who are on the move most of the time unlike the older people who settle down to watch TV genres and serials after reaching home. Being app-savvy, the younger lot surf through to catch up with the latest releases”.
Vijayakumar observed that there is no dearth of quality and technological expertise in the industry in the country, suggesting only “professional approach to movie making is what is necessary for success” in every venture. He was emphatic that funds invested in movie-making should be recoverable.
Replying to an online query on financing of films amidst the difficult economic situation following emergence of COVID-19, he said “the industry needs more and more producers coming forward to make worthwhile movies based on merit and professional considerations; and producers should be cautious against funding projects seeking only fame and money”.  He added that producers make movies only to get recognition and be rewarded. 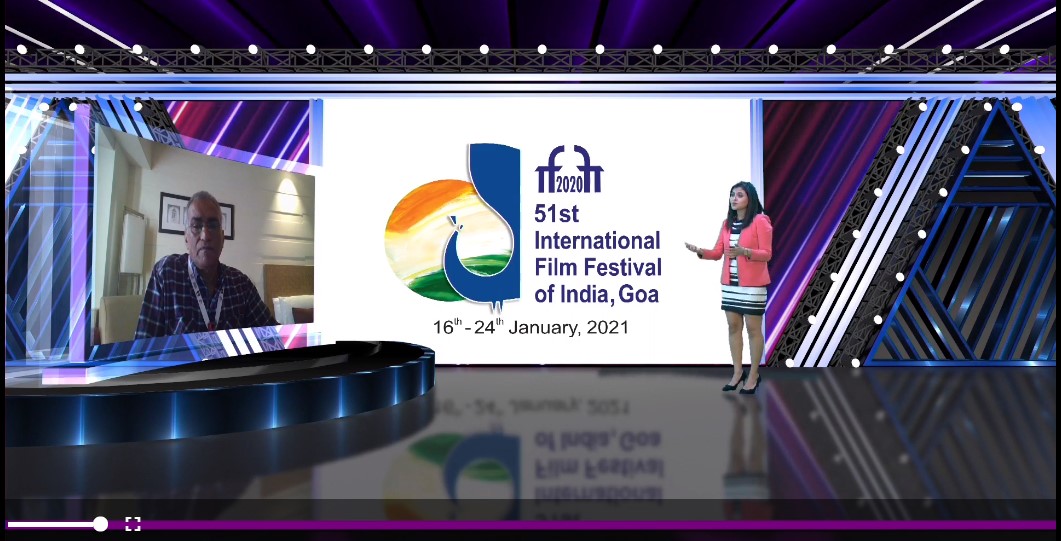 Stressing on financial discipline, he said the film business will stay as long as it is commercially viable. “The industry has to sustain itself, and take care of its workforce following safety and considering value of opportunities. There will always be people around to manipulate finances for the sake of name, fame and even to gain experience. Unprofessional approach to movie making without a proper script, sound commercial prospects and a message to convey, is not advisable”.
Continuing his advice for producers, the veteran producer and distributor said: “Merely relying on the director or technical expertise or music score doesn’t provide the desired results for the producer. Though business-revenue model must be the approach, an ideal screenplay, cast and music too are important for the success of a movie. A producer has to find time to collect all relevant information and identify the right people before beginning a project.”
He concluded, sounding on a positive note that the film industry still has a bright future ahead, despite the various challenges the industry has been facing.

INSPIRE awards to 60 Start-Ups and financial support to 53,021 students 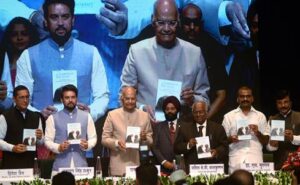 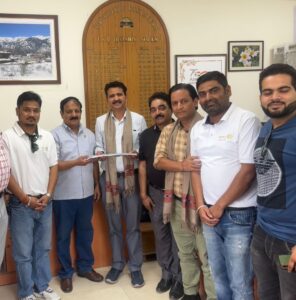