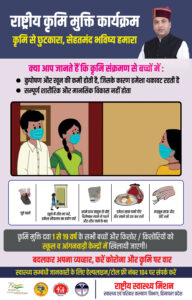 They also held a review meeting with the Nodal officers of the State Police and Central Armed Police Forces (CAPF) besides with the Chief Secretary and Director General of Police of the State.

Later, the Commission held a review meeting with all the Divisional Commissioners, Deputy Commissioners and Superintendents of Police. They also gave detailed presentations about the measures to be adopted and steps taken to ensure smooth conduct of Assembly elections in the State.

The Commission also held a meeting with the law enforcement agencies with regard to various modalities to be adopted for conduct of free, fair and inducement free elections in the State.

CEC Rajiv Kumar along with EC Anup Chandra Pandey also launched a Chatbot – Voter Saathi and an Online Election Quiz for voter awareness developed by Chief Electoral Office, Himachal Pradesh. The quiz will start from 23rd September to 10th October, 2022.  The first three winners of the online quiz will be given cash prizes. The Utsav Logo was also launched on the occasion.

Chief Electoral Officer, Himachal Pradesh Maneesh Garg honoured the CEC and EC and other members of the ECI team with Shawl and Himachali Cap.

Other senior officers of the CEO office were also present on the occasion among others.